On the night of his wife’s burial, Vincent shares with his brother, Jimmy, information that will change their lives and their relationship, forever.

By Blood is a sexy, dark thriller will keep you on the edge of your seat.

Please like us on Facebook for updates. You can also learn more about our cast and crew on IMDb.

“Markowitz and company have really hit a home run here. “By Blood” is emotional, breathtaking in its simplicity and yet some of the dialogue resonates so deeply (“I think that’s what happens when you’re happy”). To this reviewer’s eyes and ears, this is the best and most completely realized short from Intention Films yet.” – Forest City Short Film Review – Nicholas La Salla 2-1-16

“Markowitz gets terrific work out of Halsey and Camarda as they follow the ebb and flow of the changing dynamics between Jimmy and Vincent as the feelings on display get rawer and rawer as they head to what feels like an inevitable climax. It’s a powerful, intimate drama about love lost in more ways than one. It doesn’t let go, just like the resentments of two brothers who have hurt each other over the years in ways they only understand when it’s too late.” – Sonic Cinema* – Brian Skutle 2-11-16

*SPOILER ALERT: Review includes pertinent plot details. Search for and read at your own risk.

“Excellent story line and casting of the two brothers. Realistic material written and performed exceptionally well. The build up to the ending was thrilling. Quite intense. Dialogue was extremely well written, and the timing of the actor’s delivery of dialogue was close to perfect. Enjoyed the performances and the totally realistic dialogue and storyline. Brava to Debra Markowitz on her directing.” Movie Critic – Roxanne Alese

By Blood can be seem on Amazon Prime! 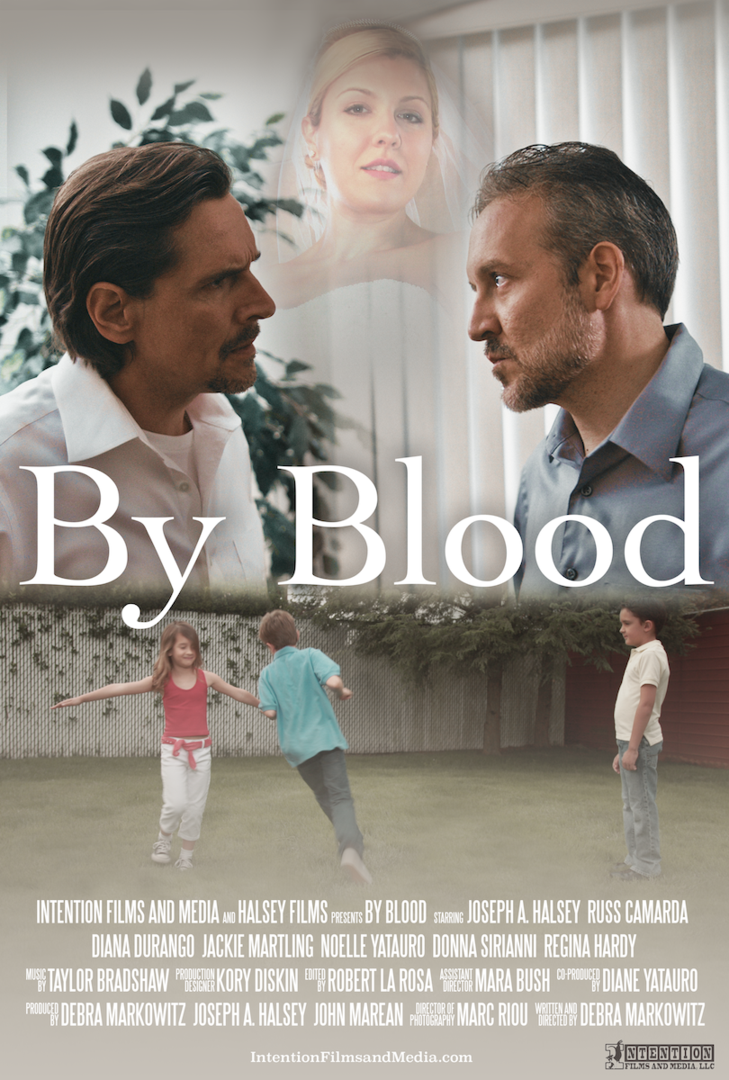