WHAT ARE OUR INTENTIONS?

Intention Films and Media, LLC. is an independent film company based in Nassau County, New York, which specializes in quality short and feature-length films and videos.  Co-owner Debra Markowitz is an award winning writer and director who can also assist with casting. As a novelist, she has authored the Karmic Wind trilogy of novels (Naked in the Rain, Sarah and Caleb and Karmic Wind) and has also ghostwritten numerous books for others. Co-owner, John Marean, is a Director of Photography, Sound Recordist, Certified Covid-19 Compliance Officer, Assistant Director, gaffer and grip.

If you are an actor who needs footage for your reel, we can write an appropriate piece for you, or give you sides from our library of works already written. We also, time permitting, can film your self-tape submissions or your reel footage.

If you’re a producer looking for a project, we have the projects! If you’re looking for a script to option or produce, we have that too. Please note that we do not raise money and will only work on projects that are fully funded.

We’re big fans of collaboration; whether on our sets or on the sets of others. Be it as individual crew, casting directors or full-on producers, there’s nothing we value more than creating fun and/or important works with great people. Some companies we’ve collaborated with include The Majors Productions, MovieMan Productions, ESP Films, Aspire Film Productions, Immunity Productions and MHz Media Group, among other companies.

What’s important to us is that every set be run with respect, honesty, integrity and professionalism. When we work on a film, we’re family.

We have a busy slate, but let us know about your project and if Intention Films and Media is a good fit for you (and you for us!), let’s talk! 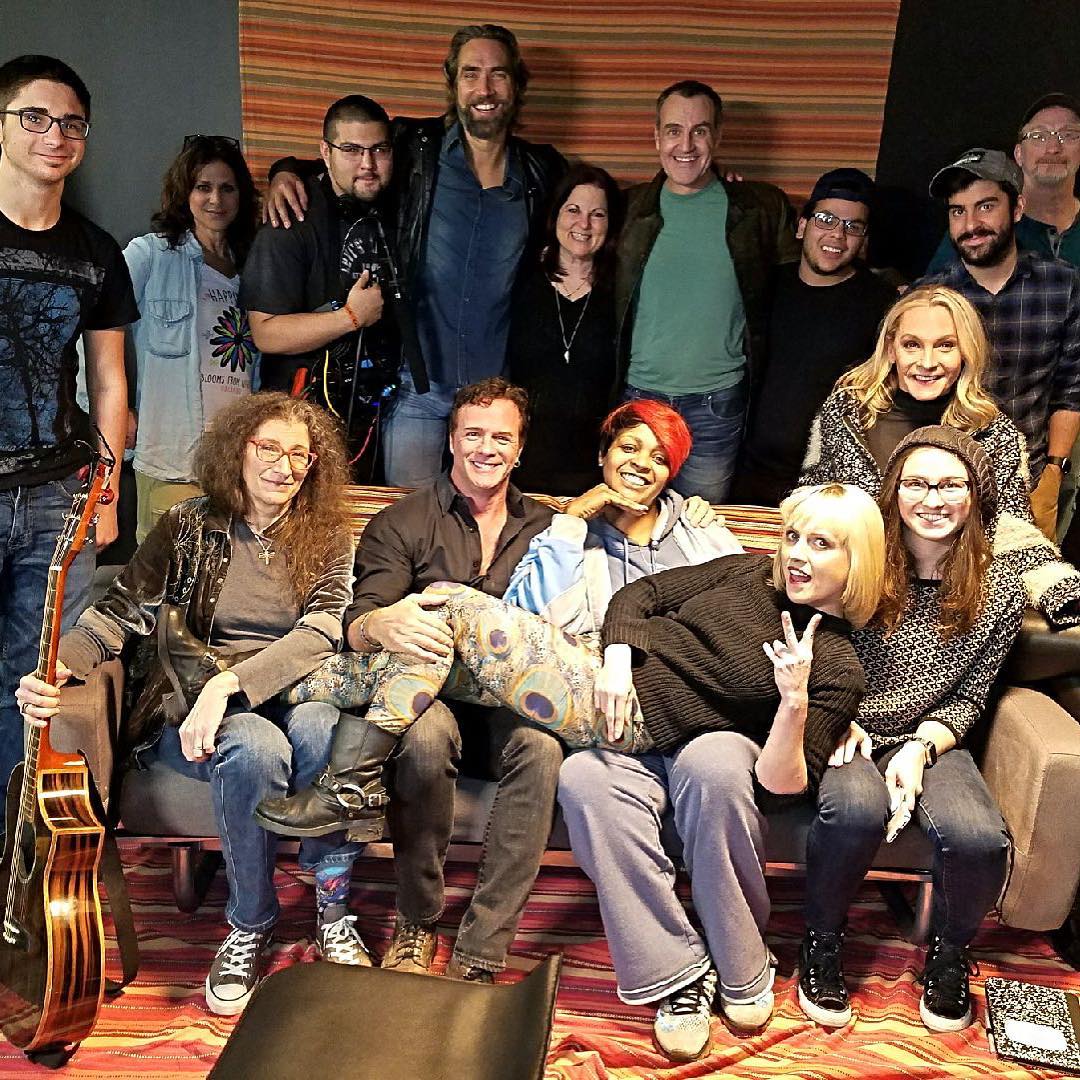 Cast and Crew of Couple of Guys 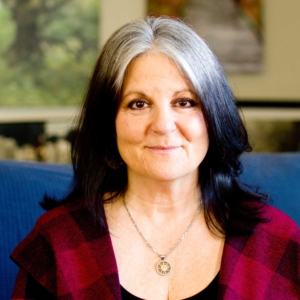 Serving four administrations during her 33-year tenure, Ms. Markowitz had steadily increased production of movies, television programs and commercials that were shot in Nassau County, logging over 1,000 production days and over $150M in positive economic impact per year. She began when studios were a dream, and left with three-fully functioning NYS approved soundstages and a forth on the way.

Ms. Markowitz serves as Vice President of the Long Island Film-TV Foundation, Long Island’s most established and largest not-for-profit agency dedicated to the support and promotion of independent filmmaking. Under her directorship, the Foundation spawned the Long Island International Film Expo (LIIFE). Heading into its 26th year, LIIFE enjoys enormous popularity, attracting short and feature-length independent films from around the world, spotlighting films made on Long Island and concluding with a star-studded award celebration.

An enthusiastic filmmaker herself, Ms. Markowitz is an award-winning writer and director who has won awards worldwide. She is currently in post production on three films, One Last Time, The Prof and The Better Man. Debra’s feature film, The Only Woman in the World, has been requested by several steaming platforms, and she hopes to have some news soon!  She is currently fundraising and looking for producers for the series, Couple of Guys.  Three episodes are completed, with seven more left to film in this 10-episode, award-winning, LGTBQIA+ series.

Debra teaches actors’ workshops as both director and casting director at the New York Conservatory for the Dramatic Arts.  She has been a judge on the LaGuardia Arts panel for potential incoming drama students as well as for the Locust Valley High School Student Film Festival. Debra is a past recipient of the Town of Hempstead’s Woman of Distinction Award. Ms. Markowitz is a proud member of New York Women in Film & Television and Women in Film, Debra was on the LaGuardia Performing Arts High School Drama and Technical Theater Advisory Board (the FAME high school) and currently serves on the CTE Board of LIHSA (the Long Island High School for the Arts Technical and Advisory Board) and Five Towns College.  She is a former member of the Discover Long Island Tourism Board and a member of the Westfield International Film Festival.

Debra Markowitz is a freelance writer and novelist, having written the Karmic Wind trilogy: Naked in the Rain, Sarah and Caleb, and Karmic Wind​.

Ms. Markowitz’s name can be found on the Long Island Press’ Power List, 50 Long Islanders Who Control Our Lives (2006 and 2012); Beverly Fortune’s, Fortune 52 (2006); as the recipient of the prestigious George M. Estabrook Alumni Award for Distinguished Service (Hofstra University, 2011) and the 2012 Long Island Arts Council honoree as its Outstanding Advocate for the Arts.

You can follow Ms. Markowitz on Instagram (@debramarkowitzfilm) Twitter (@debramarkowitz) and Facebook at www.facebook.com/DebraMarkowitzWriterDirector  You can find out more about her, her films and her company at www.IntentionFilmsandMedia.com  and LinkedIn at https://www.linkedin.com/in/debra-markowitz/ For more information on the Long Island International Film Expo, please go to www.LongIslandFilm.com

Debra was one of the originators behind The Master Shift Global Meditation event, which now has over two million followers on Facebook.  She is an avid yoga practitioner and a Reiki healer. She lives with her husband and business partner, John Marean, and their rescue dog, Gracie.  They have four adult daughters between them. 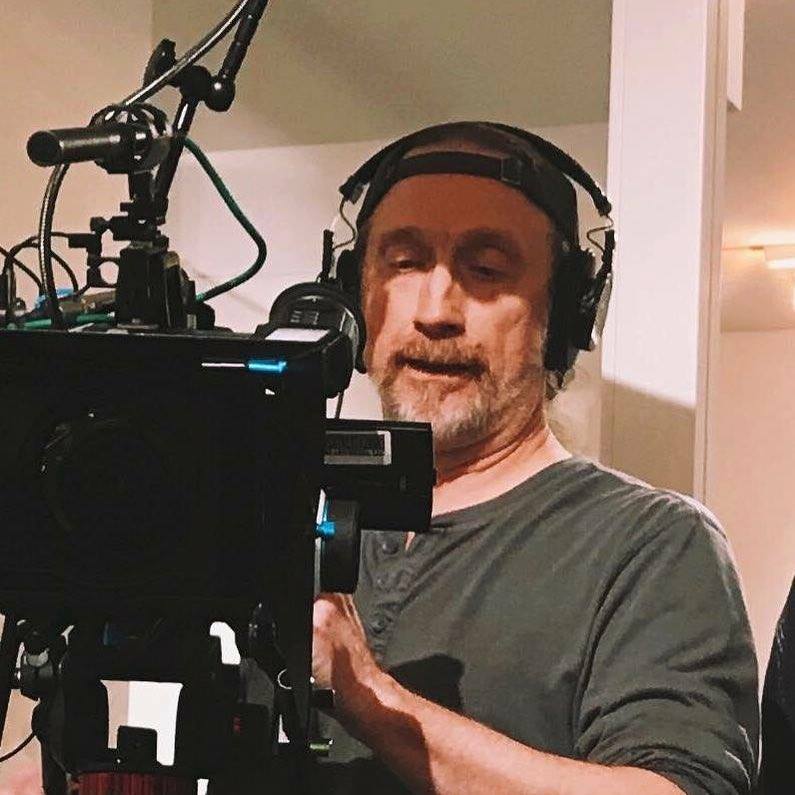 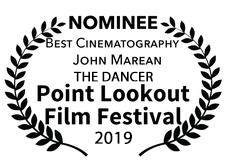 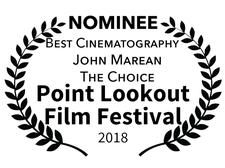 John Marean, co-owner of Intention Films and Media, graduated with his MFA in Technical Design and Production from the Yale School of Drama. He started his career as the Technical Director of the Hudson Guild Theater, then became Production Manager of Playwrights’ Horizons/Scenic Central and built sets for Nickelodeon, as well as many other Broadway, off-Broadway, television and feature film productions.

John has taught almost every subject invented by the NYCDOE since 1991. In 2006, John became the Technical Director of the Long Island Film-TV Foundation and began video editing shortly thereafter. He turned over his post of TD to the LIIFE in 2022.

In 2012, John became Technical Director at the LaGuardia High School (The “Fame” school) of Music & Art and Performing Arts in NYC until 2019. John has acted in several independent feature and short films.  John has been working as a Director of Photography, Assistant Camera, Grip, Gaffer, an on set Sound Recordist, Production Manager, Assistant Director and as a Covid-19 Compliance Officer. He is an adjunct Professor at Five Towns College and CityTech College in Brooklyn.